Les Orgueillieux (aka, The Proud and the Beautiful) (Yves Allégret & Rafael E. Portas, 1953)

It’s pain and struggle in an impoverished Mexican village during a meningitis outbreak as two desperate French strangers, the beautiful yet cold Vera (Michèle Morgan), whose rich husband was the first to die, and the pathetic Georges (Gerard Phillipe), an expatriate doctor drowning himself in alcohol to escape from his tragic past, are stranded by the quarantine, with nothing left to do but wait around, try not to die, sweat sensually (a lot), wax poetic, and ultimately find spiritual salvation through love.

With the two internationally renowned (at the time) French thesps managing some nicely effective on-screen chemistry (and Morgan running around in some surprisingly skimpy clothes in the unbearable heat, leading to one of the natives growing more than a little dangerously restless) in a mood-drenched desperately sweaty and sultry environment, Les Orguiellieux certainly has pleasures to offer. The realistic approach of using local Mexicans in various roles and focusing on the struggles in their impoverished lives speaks to a vibrant politically aware cinematic perspective being delivered out of Europe at the time (as well as a referencing to classic French cinema, with Wages of Fear being the obvious). 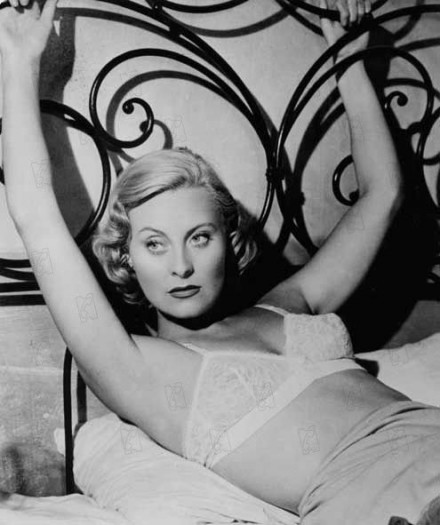 And yet… perhaps it’s just me, but I no longer find these simplistic neo-realist religious parables of redemption, as groundbreaking in style and form as they once were, as profound as I once did. If I’m forced to compare, I prefer more radical cinematic expressions that both elevate and reveal the human experience as well as of the medium itself (including even the perhaps less emotionally realized, yet deeply stylistically evocative film noir going on in Hollywood at that time). As much as the abundance of Christian symbolism and fervor is intriguing (the film is rife with moments of humiliation carried to the level of religiously fetishizing, including a powerful moment of Georges being forced by a laughing crowd into an awkward dance for his next bottle of alcohol), I find it without the same deep resonance than I once did.

As poignant as the end of the film is (and I admit, it’s possible I might have been the only one in the crowd without at least a tear in his eye – and it’s not like I don’t cry at movies, my daughter is constantly complaining about my embarrassing habit of dropping tears at the slightest cinematic provocation – I mean I can name at least a full handful of times I wept at some devastating moment for everyone’s favorite slayer in Buffy, the Vampire Slayer), I find the adherence to a Christian philosophy of sacrifice a bit done… and also easy.

Perhaps it’s a refining of my cinematic sensibility, or maybe it’s a distasteful cultural elitism on my part. Whatever it is, I’m not the one who made a movie set against an impoverished Mexican village suffering and dying from disease… only to focus on the redemption of the two white colonialists who momentarily happen through.