Sound in the Cinema and Beyond

The explosion of academic interest in sound studies over the past decade has ensured that I can no longer begin a special sound-oriented issue of a journal such as this by declaring the topic a “neglected domain.” Serious inquiry dealing with sound from a wealth of disciplinary perspectives has definitively taken place. In many ways, being free of the cachet that comes with obscurity is very appealing; I no longer have to justify my interest in sound, and can comfortably take it for granted that the auditory dimension is now deemed worthy of exploration in its own right.

This is a film journal, and my own work is grounded within the discipline of film studies. Yet I am also profoundly interested in the function of interdisciplinarity in contributing to the kinds of work that we do within the confines of disciplinary boundaries. The concept for this issue, entitled Sound in the Cinema and Beyond, is to bring together recent work on sound-related issues that illustrate important points of connection between the study of film and work being done in other areas of the arts. So while each essay in this issue discusses sound in some way or another, what is ultimately more important is how the subject of sound here acts as a bridge between the discipline of film studies and a more general field of artistic practices. This isn’t to say that the discussion of sound in these essays takes on a secondary role to that of interdisciplinarity; each individual piece has valuable things to say about sound in the contexts established by each author. Rather, it is the goal of the issue as a whole to convert the enthusiasm that each of these authors shows towards the study of sound into a vehicle for breaking down barriers between film studies and other disciplines so that each of these approaches might ultimately help inform the other. There has long been talk of the death of cinema at the hands of new technologies along with increasing interest in other forms of audiovisual art. My hope is that this issue will help illustrate the continuing vibrancy of the cinema proper alongside the vast arena of other art forms which make significant use of sound.

Key to the continued vibrancy of the cinema is, in my opinion, increasing adoption of the production practice that sound designer Randy Thom has dubbed “designing a movie for sound” (Thom 2003). Essentially, what he means by this is that filmmakers should be thinking about sound from the script stage onwards so that it might be an integral part of what has long been considered primarily a visual medium. In effect, Thom is calling for a blurring of the boundaries between levels of production that have often kept sound out of the picture until the very final stages. By breaking down these barriers, filmmakers can bring sound into every aspect of a film’s design, and end up with a more integrated product as a result. I suggest that the same model should apply for those of us who study film and, by extension, the whole realm of audiovisual art. As was expressed by Gianluca Sergi during his keynote address at last year’s edition of the Sounding Out conference at the University of Sunderland in the UK: instead of establishing sound as an area of special interest (by creating sound panels at conferences, sound courses at universities, etc.), academics should simply bring sound into their everyday discussions, whatever their areas of specialization may be (Sergi 2006). Effectively, this would mean bringing sound into discussions where it has previously been left out. For film scholars, this approach might be called “designing the study of a movie for sound.” The goal of this would not be to emphasize sound over other concerns, but rather to recognize, as Thom would have filmmakers do, that film is necessarily an audiovisual medium. Just as stories are more effectively told when the sound half of a film is considered during its earliest stages of production, so too is a theorist’s examination of a film more effective when the sound half of that film is considered an integral part of the analysis. By that way of thinking, a “special sound issue” such as the one you are currently reading might still pander to the idea that considerations of sound alone require a privileged, rather than integrated, position within the academy. Yet the goal of this issue is to point to the value of integration and the benefits of crossing boundaries in order to bring disparate areas of interest into contact with one another. If read from a general position rather than one specific to the cinema, it is just such boundary-crossing that Thom’s manifesto speaks to.

So the REAL theme for this issue is “blurred boundaries.” Though not a particularly original one in this day and age, this theme is nonetheless appropriate to the concept of designing films for sound, which on a more general level can be understood as a call for integrated practices that break down artificial distinctions between lines so often drawn by practitioners and theorists alike. So in this issue we present a series of essays and forums exploring the dissolution of boundaries, be they between sound and image, theory and practice, or the divisions of labour in the production of audiovisual art. Also under consideration here are: the dividing lines between score, appropriated soundtrack material, and sound design in the cinema and beyond; the distinctions film theorists and practitioners make between the inside and outside of the diegesis; conceptual differences between musical instruments and media technologies; and phenomenological differences between the experiences of interiority and exteriority. It just so happens that all of these essays have sound as one of their main objects of interest, though for all of us sound remains only one object of interest amoung many.

As an illustration of the kind of boundary line that these essays often seek to dissolve, this double-issue of Offscreen is divided into two main sections. The first presents three feature essays and two forums dealing with the cinema proper. Here you’ll find a collection of ten short celebrations of favourite moments of film sound, followed by feature essays on the soundmaking practices of the Coen Brothers, Gus Van Sant, Hildegard Westerkamp, and Ryan Tebo. This section then concludes with another collection of short essays addressing the continued relevance of the word diegesis and its related terminology. The second section presents three more feature essays and one more forum, this time addressing matters that fall outside of the realm of cinema and into the larger sphere of sound art and audiovisual performance. Here you will find discussions of audiovisual integrations in Visual Music and laptop performance, the hybridization of musical instruments and media technologies, and the role of headphones in changing the way we think about interiority.

All of the entries in this issue share a common desire to celebrate forms of art that make significant use of sound as part of their proceedings. My hope in creating a line between the two sections of the issue is that this line will promptly become invisible. Those interested specifically in the cinema, which are likely to be the bulk of our readers, will hopefully find sufficient cause here to branch outside this discipline and consider what similar discourses are at work in the larger sphere of audiovisual production. Similarly, for those coming at this issue from an interest in sound media, they might discover a new interest in films which strive for models based on audiovisual integration rather than outdated ideas about film’s visual essence. And for those with an inherent bias towards interdisciplinary studies, the role of sound in this issue will hopefully act as the connecting thread between the variety of approaches on display here. (Randolph Jordan, ed.)

This issue owes a lot to a group of people who have given generously of their time and talents. I would like to thank: Sean Lindsay and Gareth Hedges for their editorial work on the three forums; Nadine Asswad, Brian Crane, Owen Livermore, Janos Sitar, and Charles Stankievech for their editorial work on the feature essays; Pierre-Alexandre Despatis and Adam Rosadiuk for the graphic and technical design of this issue; and Donato Totaro for providing the venue that has allowed this project to come to fruition, in addition to all the technical and editorial support he provided during the final stages of production. And of course none of this would have been possible without the fine contributions found herein, and so I thank all the authors who participated. Congratulations to everyone for their excellent work! 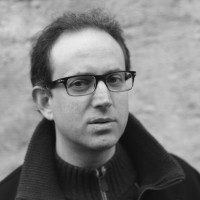