This Essay Was Not Built On an Ancient Indian Burial Ground

Horror Aesthetics within Indigenous cinema as pushback against colonial violence

By providing dominant culture audiences with their primary source for visual representation of Indigenous peoples, Hollywood narrative cinema has long informed white viewers’ notions of the Aboriginal Other. Arguably the American Western has produced some of the most obvious examples of pan-Indian stereotypes, however, images of Indians created for the benefit of the colonial gaze are hypervisual within other types of genre cinema, such as horror films. Specifically, North American horror films belonging to the supernatural sub-genre have made frequent use of the popular ancient Indian burial ground convention. In what follows I will address what I see as the paradoxical nature of the burial ground trope and will also discuss the ways in which Indigenous filmmakers such as Jeff Barnaby, have used the horror genre to examine the true horrors of colonization and violence against Indigenous woman’s bodies.

The Indian burial ground motif, heavily featured in horror film cycles of the 1970s and 1980s, is an example of how mainstream cinema renders Indigenous people both hyper visible and invisible. This contradiction is what Michelle H Raheja refers to in her book Reservation Reelism as “the violence of invisibility”. Raheja explains:

Native Americans are often hypervisible in North American films [and] at the same time they [are] rendered invisible through plotlines that reinforce the trope of Indigenous people as vanishing or inconsequential…Native Americans stand at the centre of the dominant culture’s self-definition because Euro American identity submerged and formed upon the textual and visual culture register of the Indigenous other. 1

In my opinion Raheja’s theory of invisibility/hypervisibility is exemplified through the treatment of the Indian burial ground motif in such films as The Shining (Stanley Kubrick, Warner Brothers, 1980), The Amityville Horror (Stuart Rosenburg, American Pictures International, 1979) and Pet Semetary (Mary Lambert, Paramount Pictures, 1989). Since it explains the paranormal activity in the aforementioned films, the Indian burial ground should arguably be seen as the crux of their narratives. This is not the case, however, and in all three movies this seemingly imperative story element is treated with little more than a few lines of exposition.

From Club de golf d’Oka‘s plan to expand on to Mohawk grave sites in 1990, to the demand by Indigenous peoples for repatriation of ancestral remains, to the all too common discovery of Indigenous women’s bodies discarded like garbage by their male murderers, the mistreatment of Indigenous burial sites and the resulting consequences are an all too real part of our contemporary lives. One could argue that watered down white guilt may partly explain why the Indian burial ground has proven to be such a popular device within the horror genre. I believe that mainstream cinema’s use of this trope engages a paradox by presenting Indigenous peoples as something to hold in fearful reverence but at the same time ignore. These films informs us that those who disturb burial grounds are doing wrong and are guaranteed to be met with gruesome and terrifying consequences, yet they sidestep the chance for a proper critique of our neo-colonial reality.

Where settler horror filmmaking has perhaps dropped the ball in regards to a fully realized critique of genocidal nation building, Indigenous filmmakers have excelled. Filmmakers such as Shirley Cheechoo, Georgina Lightning, Lisa Jackson and Jeff Barnaby have all employed aesthetic strategies and devices drawn from horror cinema in order to address the true horrors of colonization, such as residential school, and the epidemic of violence against Indigenous women and girls. Barnaby specifically recalls conventions from both body horror and dystopian science fiction sub-genres in order to present dark, disturbing narratives in which Mi’gmaq characters navigate through gruesome representations of abjection and assimilation. His work is challenging, unapologetic and drips with effective use of powerful, shocking, and visceral allegory.

In his book Shocking Representation: Historical Trauma, National Cinema, and the Modern Horror Film, Adam Lowenstein examines the ways in which horror films have expressed and commented on public anxieties in the wake of such atrocities as the Holocaust, Hiroshima, and the Vietnam War. Lowenstein explains how certain horror films have presented audiences with what he calls “the allegorical moment”, which he describes as “an instant in which an image of the past sparks a flash of unexpected recognition in the present.” Lowenstein elaborates:

The allegorical moment’s complex process of embodiment, where film spectator and history compete and collaborate to produce forms of knowing not easily escrowed by conventional delineations…a shocking collision where registers of bodily space and historical time are disruptive, confronted and intertwined… 2

I believe that the films of Jeff Barnaby provide audiences with allegorical moments by addressing inter-generational traumas caused by post-colonial genocidal practices. Barnaby’s films engage themes of violent assimilation and alienation that often climax in self-inflicted destruction and mutilation of Indigenous bodies.

In both From Cherry English (Jeff Barnaby, Videotape, 2005) and File Under Miscellaneous (Jeff Barnaby, Videotape, 2010), Barnaby’s focus on violent linguistic assimilation manifests in gruesome depictions of tongues being cut out of Mi’gmaq men’s mouths. I personally cannot imagine a more visceral allegory for loss of Indigenous language. In the case of File Under Miscellaneous it is not only the tongue that is eviscerated but the protagonist is also skinned alive, at his own request, and his flesh is surgically replaced with that of a white man’s.

Franz Kafka’s Metamorphosis 3 and David Cronenberg’s Naked Lunch (David Cronenberg. 20th Century Fox, 1991) are both referenced in The Colony (Jeff Barnaby, Videotape, 2007) wherein the character Maytag hacks off his own leg with a chainsaw after his home is infested by cockroaches. This gruesome scene of self-mutilation punctuates Maytag’s descent into madness. Barnaby renders explicit the link between white supremacy and the emasculation of Indigenous men as Maytag’s madness is a result not only of off-reserve alienation but betrayal, as his girlfriend Myriam leaves him for a white guy. Racialized misogyny and the violent exploitation of Indigenous women by white men is also explored in The Colony with the relationship between Myriam and Jackson. Allusions to the colonial patriarchal construction of the monstrous feminine are made both in the characterization of Myriam as the betrayer of Maytag and visually with the fantastically Cronenbergian scene in which Myriam’s baby is shown to be an intrusion of cockroaches spilling forth from a gaping vaginal-like wound on her stomach, reminiscent of Cronenberg’s seminal classic Videodrome (1982).

Horror cinema elicits a physical and psychological response by forcing the subconscious fears of the audience to the surface. This is why the genre can be such an effective vehicle for uncensored Indigenous expression, pushback and resistance. Horror cinema liberates us as indigenous filmmakers by allowing us to not hold back on or censor our gruesome symbolism, our unflinchingly unpleasant allegorical representation of the abhorrent, repugnant, violent abomination that is colonization.

The pain, and the overwhelming rage that I feel everyday about the injustice and treatment of Indigenous peoples within the nation state of Canada is what connects and draws me so strongly to the work of Jeff Barnaby. He is an excellent filmmaker –his work is exquisitely crafted– but it is his capacity to provide visual allegory for what feminist and author bell hooks has called the “killing rage” and his uncanny ability to depict the full monstrosity of colonial transgression that makes his work so unabashedly fearless and effective. 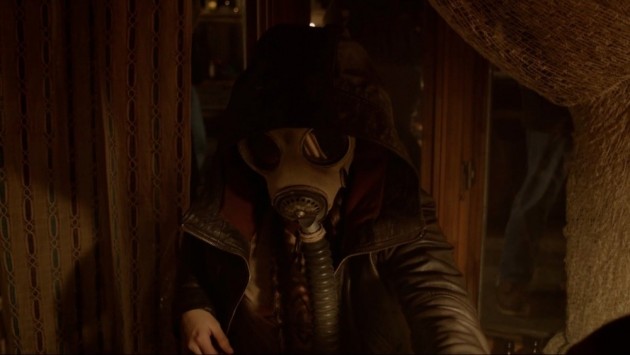 Jeff Barnaby’s newly released film, his first feature, Rhymes for Young Ghouls (2013) tore me apart and slapped me back together again. Completely unapologetic in its expression of brutality and rage, the film presents us with recurring images of violence against Indigenous women. These depictions are not gratuitous –the violence and graphic nature found in Jeff’s work is fitting and appropriate due to the themes he engages. Rhymes for Young Ghouls triggers visceral responses by exposing the audience to poetic and raw depictions of colonial violence against Indigenous women’s bodies. As Indigenous people we understand this violence, we understand genocide and trauma, we know that our woman are not safe in this country, that our sisters, mothers, aunties and daughters are being murdered and raped at the hands of white men. We understand horror, we live it every day. Jeff Barnaby’s films frame a space where non-Indigenous people must look up at the screen and feel repulsed, afraid and unsafe from facing the terrifying and grotesquely violent truth and reality that is nation building, colonial style.

By foregrounding Indigenous worldviews, and through his unapologetic determination to tell the story he wants to tell, Barnaby claims space within both the body horror sub-genre, and the media arts landscape in general. He successfully challenges stereotypical constructions of Aboriginality informed by dominant culture filmmaking. Barnaby and other Indigenous filmmakers working within and outside of the horror genre assert a visual sovereignty in resistance to colonial master narratives and in doing so exemplify that Indigenous self-expression is intrinsically linked to Indigenous self-determination. 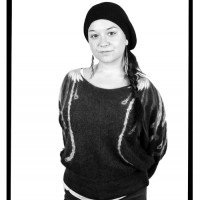