Forbidden Sun Dance (Lila Ghobady, 2008) is a documentary about Aram Bayat, a choreographer and teacher of Persian folk dance living in exile in Montreal, Canada. Bayat has been teaching Persian folk dance in Canada since 1988. This film is heartbreaking, because it chronicles how dance became forbidden in Iran after the Islamic Revolution of 1979 as the new Islamic regime saw dance as illicit and sinful. The film evokes the irony of teaching folk dance outside of its context, disconnected from its roots. It is also a hopeful film, however, as it illustrates how this beautiful art has survived thanks to the dedication and hard work of Ms. Bayat. The film was directed and produced by Lila Ghobady, a filmmaker and journalist who has been focusing on women’s issues for nearly two decades. I met the two women at this year’s Human Rights Film Festival in Montreal where the film was screening, and where it received great praise from the audience. The film is also currently being screened in several festivals across the world. 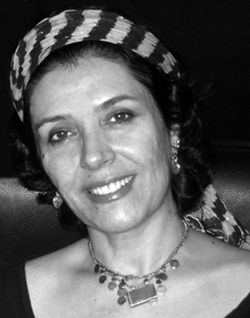 Offscreen: Why was it important for you to make Forbidden Sun Dance?

I have always been interested in telling the story of the secular or leftist Iranian women artists involved with the 1979 Revolution in Iran, who supported the people’s fight against the Shah’s rule but were among the very first victims of the Islamic revolution.

Most of the young women and men who were involved in the revolution were killed, imprisoned or forced to flee the country soon after the Islamic regime came to power, thereby losing their connection with the new generation of Iranians over the next 30 years. As a result there is a huge gap between my generation, and the generation after me, with the generation who was involved directly with the revolution. Censorship ensured there would be no connection or understanding between them.

I believe this is an important part of our personal and political history that the younger generation barely knows about, and so it must be documented. Aram Bayat’s life story is representative of thousands of untold stories of a generation whose hopes and dreams were sacrificed for the dream of a democratic society. The dream shattered when religious leaders stole the People’s Revolution and created an Islamic state of oppression and terror. 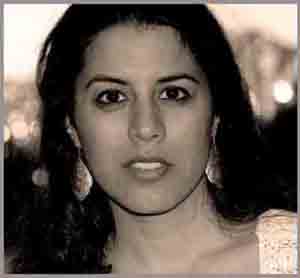 Offscreen: It is safe to say that you are an activist filmmaker? Why is it important for you to speak about social and political issues in your films and about women’s issues in particular?

Before being a filmmaker or activist, I am a woman who was born and raised under an unjust, unequal, misogynist religious regime in my country. It was natural that my work would reflect my life in the society in which I lived and struggled for basic rights for years.

Now that I live in exile, I have the opportunity to be a voice for oppressed women like myself who live under the dictatorial regime of Iran and have no voice or forum to fight for their rights. I also believe art is a tool to express the pain common to all humans. Otherwise, it just becomes an entertainment medium, which is of no interest to me.

Offscreen: Did you produce the film independently, or did you receive any kind of government support?

Yes, I produced this film independently and received no financial support from either Canadian or Iranian organizations. In fact, this film is a product of our independent production company, Banou Films, which I established in 2007 in Canada. Banou Films’ two most recent productions are my own Forbidden Sun Dance and The Final World; which is Moslem Mansouri’s second documentary about the life of the legendary late Ahmad Shamlou, one of the most prominent and influential contemporary Iranian poets. The film is a treasure, an unseen collection of Mansouri’s and Taghvaei’s interviews with the poet and the love of his life, Ida, two years before he died.

Offscreen: You worked in collaboration with Moslem Mansouri for more than a decade now. Could you talk about his films and your cooperation in his film making?

Moslem Mansouri established the underground filmmaking movement in Iran. He was born in 1964 in Iran. In 1981, because of his political views about the regime of Iran, Mansouri was arrested and imprisoned for two years. He began working with Iranian cinema magazines in 1991 and published a book, Cinema and Literature. From 1994 to 1998, Mansouri, under the pretext of media work and outside the control of the Iranian regime, secretly produced eight underground documentary films about the lives of the people under Iran’s theocratic rule. I became involved in underground film-making while working as a journalist in Iran when I met Moslem Mansouri. I produced two of his films, Epitaph (about sex trade workers) and Utopia (about female survivors of war) and worked as an Assistant Director on a few of his films as well.

[For more information regarding Moslem Mansouri’s other films, you can go to his website.]

Offscreen: Why did you decide to live in exile?

In Iran, it was not possible to distribute the underground films that we made.

It was also not possible to edit Trial, Utopia and Epitaph. We wanted to edit and distribute the films abroad, and to introduce the underground cinema of Iran to the world to show that there is an alternative cinema to the official government cinema.

By living abroad, we could also help our friends who are working inside Iran to continue their work on underground cinema. Our friends in Iran have been working on films with issues such as self immolation, teenage suicide, human trafficking and student protests.

Offscreen: What is different between the cinema you advocate (underground cinema) and internationally awarded cinema from inside Iran?

The underground cinema portrays the unvarnished life of people who live in Iran. The underground cinema’s role is not just to point out the existence of poverty and injustice in Iran – as the official cinema portrayals – but rather to target the roots and causes of poverty and injustice. It tries to reveal the connection between the lives of street children and the bank accounts of government officials. It is the storytelling voice of the oppressed. 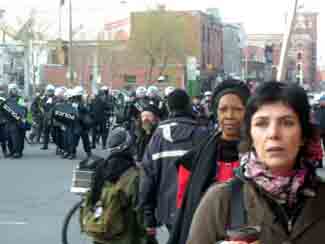 Offscreen: Why did you accept to be the subject of this film?

I always wanted to tell my story so that people, especially the next generation of Iranians, will know what happened to artists in Iran after the revolution in 1979.

Offscreen: Were you forced to leave Iran because of your profession, or was it a choice on your part?

Nobody came to my door to tell me I had to leave, but I couldn’t handle the situation anymore and also I felt unsafe and scared. At the time my children were too young.

Offscreen: You say in the film that both before and after the revolution your dream has been to dance in Freedom Square in Tehran. It is clear why you cannot do so now, but why was it something that you could not do before the revolution? Was it because dance was such an elitist art, reserved exclusively for the Shah’s court, or was it because of religious reasons then too? 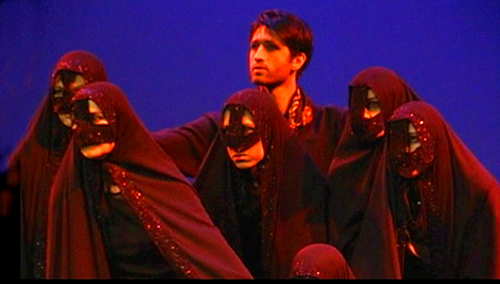 Iran was always an Islamic state but not with this kind of Islam that it imposes now, people didn’t have a problem with dance. Of course there might have been small groups of fundamentalists like they exist in any religion and in any society that were against everything. The problem, however, as you said, was that dance as an art was reserved only for a small elite.

Offscreen: I was surprised to hear you say in the film that all of your dance teachers in Iran had been foreigners. What was the reason for this?

Ha…well…that is why the revolution happened! Before the revolution there were a lot of foreigners in key positions of power…They were everywhere from the army to the arts and with very high salaries. The reason for this is because the Shah had close relations with the West. When they found out that supporting the Shah was no longer useful they changed their plan. Anyway this is a long story. This is what happened to the nation who wanted to be independent. The emergence of a government a hundred times worse! 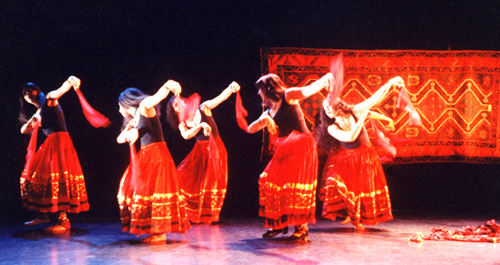 For more information about Lila Ghobady.

For more information about Aram Bayat and her dance troupe. 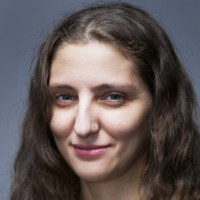 Gilda Boffa completed a bachelors in Communication Studies and a masters in Film Studies at Concordia University in Montreal. She wrote her thesis about Iranian director Mohsen Makhmalbaf and won a scholarship to travel to Iran in 2008. She published several articles and a book chapter about Iranian cinema. She also completed a certificate in Arabic language and cultures at UQAM and a certificate in translation at Université de Montréal. She directed Belly Dance with a Twist, a short documentary about Syrian Canadian male belly dancer Pierre Khoury. She has been studying, performing and teaching belly dance and other Middle Eastern dances for several years.