Fresh into her teen years, Christiane F. (the stunning gangly giraffe style supermodel-type Natja Brunckhorst, in her first and most unforgettable role), bored and frustrated with life in a broken home living in a depressing social housing building in West Berlin, is drawn to the illicit excitement of the Sound nightclub where she meets and grows infatuated with street boy Detlef (Thomas Haustein, another looker of a kid, whose street wasted appearance, as with Brunckhorst, would have been perfect for the corporate-friendly underage heroin chic look a decade or so later), a relationship that sinks into shared drug abuse and addiction, leading them, and their fellow junkies, to spend their days at an actual train station, the (apparently still) infamous Bahnhoff Zoo, shooting up and turning tricks.

The Cinémathèque’s month-long ‘Toxicos’ program, a screening series of mostly 35mm projections, with drug addiction at their narrative core, soldiered on with what has to be the harshest of all the entries. It’s fascinating to experience director Edel’s utterly harrowing (and brave, for the limits the filmmaker was clearly willing to go to present this material on-screen) vision taken from the autobiography of real-life junkie, unrepentant drug taker (and cult celebrity) Christiane Vera Felscherinow, revealing a true-life hellish and grimy urban landscape where neglected children are literally devoured alive, just one night after watching Barbet Schroeder’s much hipper, far more bourgeois version of drug addiction played out against the gorgeous vistas of Ibiza where the rich and privileged go to frolic and escape in his More from 1969. 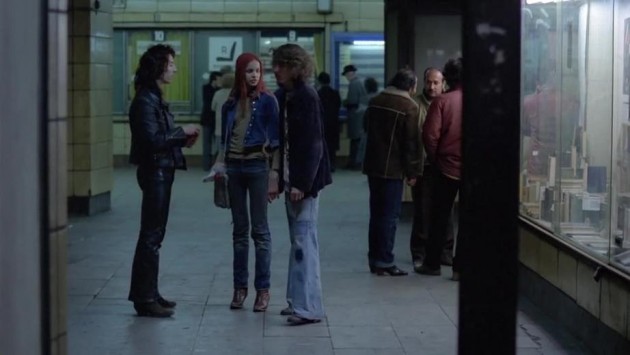 With both of them following somewhat similar narrative trajectories (yet from entirely different levels of rawness and suffering), with each couple meeting and falling in love, with one being a newbie to the world of drug-taking and addiction, their relationship turning uglier, more desperate and co-dependent as they transform into full fledged junkies, each also has a scene where they attempt to quit (and are successful… temporarily)… and what a stark contrast it is. Where More has our struggling duo lying about naked in the sun, in their beautiful villa by the sea, experiencing LSD trips in place of their heroin, Christiane F. and Detlef writhe about in the young girl’s sparse and depressing bedroom, in so much agonizing torment it almost become unbearable to watch (coming as it does, after we’ve already witnessed so much degradation experienced by both of them, such as Christiane, just after being accosted by a fellow junkie, cleaning her needle in a dirty public toilet), with Detlef too desperate to get a final sniff off the little pouch of heroin they’ve managed to find in the bedroom to remotely be bothered by the withdrawing Christiane spewing up vomit all over herself, the bed and him – until her regurgitation lands on the powder.

While More certainly has its charms (first and foremost, the sexy and boyish Mimsy Farmer, followed by the darkly experimental early Pink Floyd soundtrack), it comes nowhere near the bleak, unforgettable experience that defines Christiane F. and made it such a sensation at the time (and a cult item forever more), leading to young girls dressing as Christiane, with Bahnhoff Zoo becoming a mecca for youth to pilgrimage to (hell, I want to go when I’m in Berlin next… and I’m not a youth!) and David Bowie (and his signature great rock song “Heroes”) to be forever linked to heroin culture. 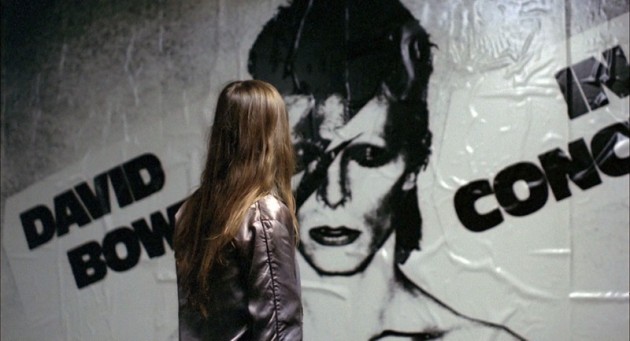 Along with Brunckhorst (who has a similar strikingly photogenic appeal that the actual Christiane did at the brutally tender age of 14) and Haustein (who, like many of the junkie performers in the film, has only ever had this single acting credit to his name), the ensemble of young actors floating about lost in a spiral of street drugs are fascinating to watch (other than perhaps Christiane Reichelt as the tragic Babsi, who feels more like someone I could have gone to high school with in the comfort of the suburbs than a legitimate urban junkie kid); with the impressively effective makeup (most strikingly obvious with the transformation of Christiane, both in subtle and larger, theatrical ways) and the almost impossible sense of being able to tell which of them are performers and which are ones Edel and the production picked off the street (as well as the constant spewing of blood from needles), makes Christiane F. an almost overwhelmingly painful experience, in which we’re not sure who amongst these lost, and mostly likeable, kids will actually survive much longer after the film ends.

Christiane F. is unforgettable for so many reasons. Not only does Edel manage a sense of verisimilitude with the world he creates (as well as work wonders with the performers), he also clearly understands cinematic form, such as effectively using slow motion every now and then to enhance and articulate the experience of certain moments. Brunckhorst delivers a tour de force performance that, while clearly guided by the director, speaks to her mature-behind-her-years ability to project feelings both truthful and touching — alternately innocent in the most young teenage girl way (such as explaining to Detlef that she started taking heroin just to feel what he feels) to angry and desperate when she can’t get her fix – it’s a bit of a shock that, while she continued acting (including following up “Christiane” with a Fassbinder film, Querelle), she didn’t become a star (or at least an ‘it’ girl).

Coming as it did before the AIDS epidemic that would pile up junkie corpses even faster than was already occurring, Christiane F. remains a harrowing, profoundly unforgettable experience that really needs a proper Blu ray release, with the making of this film worth a feature film in its own right.