On April 12th, 2003, a Stan Brakhage Memorial Benefit Concert featuring Sonic Youth (Kim Gordon, Thurston Moore, Jim O’Rourke, Lee Ranaldo, Steve Shelley) with additional percussion by Tim Barnes was held at Anthology Film Archives in New York City. Brakhage, one of America’s foremost film artists, passed away on March 9th, 2003 in Victoria, BC; all proceeds from the concert are being used to assist in the coverage of his substantial medical expenses. The program was an intimate, predominantly instrumental “chamber concert” performed to an assortment of Brakhage films including Scenes from Under Childhood: Section 1 (1967), The Garden of Earthly Delights (1981), The Dead (1960), The Wonder Ring (1955), Dog Star Man, Part II (1960), Birds of Paradise (1999) and Cat’s Cradle (1959). The following dialogue is an improvised response to the event as well as a reflection on spontaneity, performance, film and music, and writing.

BK: Read and react to this.

AS: Just that sentence? (Do you want some tea first?)

BK: Following infringement, bracketing, wonder-rearing: a public response to a question of privacy. Or publicity.

AS: The infringement of silence. The expected silence for screens? Brakhengineering.

BK: The event itself was not silent – audiences have voices, are part of the performance as well, and often make their opinions known (as we are doing right now).

AS: What do you think about the location of the musicians in front of the screen? The add/subtraction, deferment, leading of perceptions.

They cast a (small) shadow. But what’s improvisation if not play of/with shadows. It’s here and it’s gone, momentary though still present (like a gift) in memory.

Can the memory ever be the same length as the reality. Stenographing re-markable moments, insolent inconsistencies or soothing correlations. Interminable boredom and/or agitation petrifying to palatable, split-second memories. A quick mental thumbing-through of filed folders.

Intentions blur, but structures reinforce (just as I see your in/visible changes, edit traces, attempts at organization, all that you’ve re/done). But I think we should expect and allow for imperfections, like missed notes.

There will always be time for editing, I suppose. Time to stifle immediacy. But how this blurs—too interpersonal, not enough SB/SY? I’m not complaining.

I’m interested in open texts, all work being work-in-progress, third meanings. But if everywhere everything always is work-in-progress, how does that apply to improvisation and performance? Performance is constructed, decisions are being made right now about it, opinions are crystallizing out of memory. Lights are going off.

Repetition can be a positive though; it’s also the risk of working ideas out in public night after night. The difference between musical improvisation and improvised notation (what we’re doing, stream-of-conscious writing, like film, closed forms): there’s permanence here (keeping in mind that sound can also be recorded). Misspellings, missed opportunities, missed notes: All these so-called mis-takes are not really such at all (speaking now like a damaged record, skipping: Broken music?). Do expectations play a/part of (experiencing) improvised performance?

Of course. Expectations, predictions, projections by/of the audience. Since we had already seen the films, already heard the musicians. And the expectations of programmers, usually assuming the work will complement one another and the audience will respond a certain way. Trying to curate the audience. (Once while screening Window Water Baby Moving I was incensed by what sounded like a juvenile mockery of the gorgeous birthing sequence, coming from somewhere in the audience. I was ready to brawl. When the lights went up I discovered the source: a beefy Texan had passed out, dry-heaved and urinated on himself during the film! I never would’ve expected that one.)

You can’t predict reaction, ESPECIALLY when it comes to birth films. Reception is always an adventure. Audience expectations and performers’ intentions seldom, if ever, meet. The space between is mystery, imagination.

We had our own preconceived notions about the tone and rhythm via editing, imagery of the Brakhage films. Sometimes the music punctuated the unease, sometimes it limited the mood. [I’m confused about your intentions. Are we supposed to discuss the event or talk about performance/improv /film/music in a general way. Or mysterious ways (she moves in).]

Either and/or/after all: My intentions were to discuss improvisation thru an improvised response to an improvised concert in honour of a great film improviser. But maybe this is too much to deal with. Later we can fix stuff in editing, or over breakfast. I think the direction you were taking is one we should further pursue. So here’s a specific question about the event: Is it possible to react to images without looking at them?

Ha. You’re talking about the musicians who weren’t watching the screen, yes? What if the musicians reacted to the audience’s reactions to the films, their backs to the screen and towards the crowd. I suppose the film image would need to be bright enough to illuminate the expressions. Or well-funded events could provide night-vision goggles. Or an audience of children, whose faces express reactions more truthfully and immediately.

I wouldn’t want or expect a literal interpretation/translation. Reacting to directions taken by other band members is, certainly, legitimate reason not to look at the screen. Memory-work is also involved. But to return to my original question, I think it IS possible to absorb the images, their rhythm, without actually seeing them. Light hitting canvas reflecting physiological pulses onto bodies and out of guitars and what not: closed eye visions?

But to return to my original fantasy, what if there was an audience of children and we just dispensed with the musicians, and the children were all handed triangles and xylophones and wooden spoons. Or textbooks. And if it was during snack time, so there would be the lull of energy pre-snack, the distraction during snacks, and either a burst of activity or naptime, post-snack. There would be waves, or heats of children and glucose. They’d have to be toddlers, of course. 1-4 year olds. Seems to be the least filtered, least self-conscious age.

Your idea about curating an audience is a good one. I think we’re nearing an end, though, children being a beginning (am I misinterpreting your cue?). Improvisation has to stop somehow.

I’m curious how improvisation becomes set, finding a structure that works and falling back on it. Like introductions, like answers to “hey, how’ve you been? What are you up to?” Then hearing yourself repeat answers becomes boring and you loose the original fire; the real feeling dulls. It becomes acting, re-enacting improvisation.

All improvisation needs structure. It’s knowing when to play the changes.

Didn’t we already say this?

We should write this down. 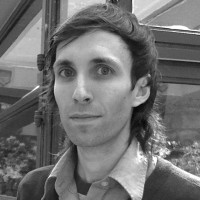