It’s New York City, in a slightly alternative universe, where the United States claims itself a ‘socialist democracy’ (which is meant as fictitiously as how the country continues to announce itself today, as a ‘free democratic society’, when in fact it has proven to be a corporate controlled oligarchy, with its people free to choose between Wall Street candidates handpicked by the uber-rich business class) and two radical feminist groups (and I don’t mean comfortable #metoo outragists, proud of their comformity, but actual street punk activist radicals) led by lesbians, one white and one black, dueling on pirate radio stations on the best way to affect social change and resist the overwhelming violence against women, high female unemployment and government oppression (gee, doesn’t sound much like a scifi movie to me), all as a gang of unknown women on bikes go around town taking out rapists… and the white male FBI works to take them all down and restore order. 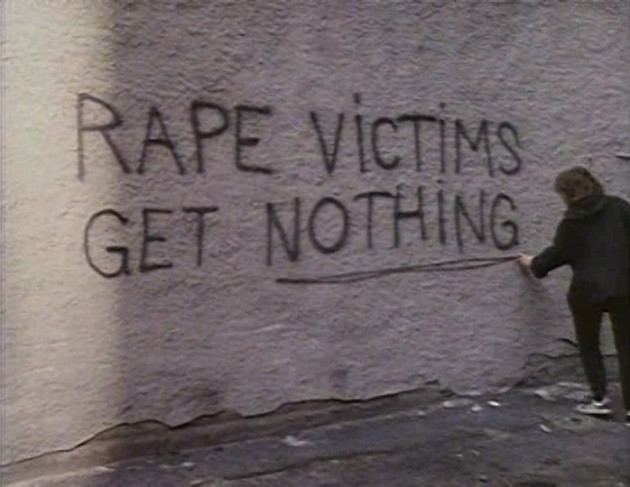 With the immediate sense of its hand-held documentary-style approach, revolutionary and humanist female voices struggling to figure out how to fight ‘the Man’ (along with corporate ones working as newspaper editors who start to understand their responsibility, with one of them played by future bigwig director Kathryn Bigelow), collage assembly of created news reports and fictional story from the streets, intercut with fiery consciousness-raising monologues delivered straight to the camera, Born in Flames is a wonderful breath of fresh air; a reminder of a time when cinema – especially New York cinema — had a thriving underground community burning with political and social radicalism that actually dared not only to criticize and question the increasingly corporate (unfortunately, they hadn’t seen anything yet) patriarchal status quo, but celebrated those who violently fought it.

These films weren’t playing at your local theater chain, sure, but they were having a profound impact on youth searching for enlightenment and burgeoning filmmakers alike. It’s was a type of ideologically radical cinema you won’t find anymore, even in many of the current self-described underground film festivals, where a politically correct conformance-minded – and ultimately safe — ideology has taken way too strong of a hold (with today’s Left becoming so intolerant and immediately outraged they’re practically the new Right, those underground fests that haven’t been completely consumed by that fascistic ideology have moved almost entirely away from confrontation for fear of offending). 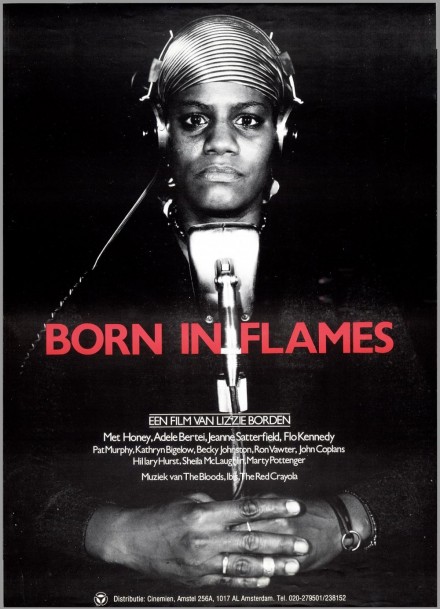 Also fun to catch a quick glimpse of a familiar New York voice whose ranting and raving one-man Off-Broadway shows I caught a few of back in the 80’s, Eric Bogosian, in an uncredited cameo as a television room technician held hostage by one of the armed feminist groups who take over the station, pre-empt regular programming and blast their message of activism across the airwaves.

The fact that the film ends on our finally enlightened lesbian feminist heroes, finally committed to armed resistance after their radio stations have been burned to the ground and several members dying mysteriously while under police arrest, cathartically, powerfully and (thankfully) terroristically blowing up the World Trade Center antenna as a symbol of spreading corporate power and misinformation (not unlike the reasons why the buildings were in fact blown up years later, as symbols of imperialist aggression, even if the establishment with bold-faced shamelessness sold the reason as being because they were – and you can’t make this shit up — ‘beacons of freedom’) can’t help but be even more powerfully provocative today.

I’m just thankful they made the film before 9/11 — not only would no one be able to get away with it today, but, in a society where the propagandizing of today’s youth has been so successful, even finding a filmmaker interested enough in, or having enough enlightenment to, make a movie with imagery and messages this confrontationally and radically aggressive is next to near impossible.