I missed this one during its screening at the Cinéma du Musée, an entry in the latest program from Montreal’s Cinéclub/Film Society, so I decided to catch Black Girl online over at the Criterion Channel, with the experience of watching the digitally restored format on my large home screen providing its own succinct pleasures, if somewhat different than the flickering 24 frames provided by the Film Society’s 16mm projection.

Clocking in at around an hour, Black Girl centers around Diouana (MBissine Thérèse Diop), a young African woman living in poverty in Senegal offered the exciting opportunity to move to Antibes, the French resort town on the Riviera, to work as a nanny for a rich French family (with the Madame having handpicked her from a group of Senegalese women standing on a corner desperately hoping for work from visiting Europeans), only to have her dreams of an exciting new cosmopolitan life promised by the woman (Anne-Marie Jelinek) dashed as she is forced into the constraining role of full-time domestic servant and treated unkindly by the couple and their friends. 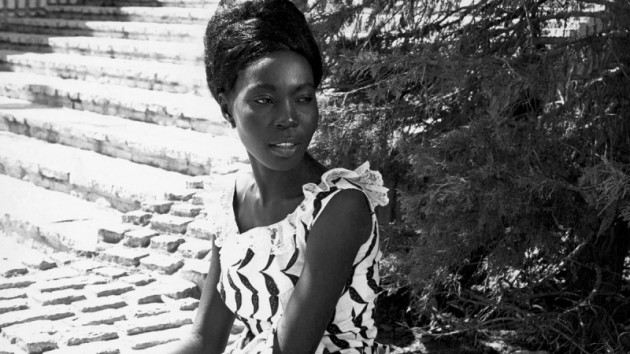 Shot black and white, using a aesthetic of verité-style realism, yet with a deliberately artificial narrative conceit of shifting back and forth between the black servant girl’s present (in which she is increasingly rendered voiceless and expressionless, with her only voice left being her continuous inner monologue, as she suffers through her imprisoning subservience to the ignorant privileged) and her recent past (in which the ambitious, flirtatious and irreverent girl moves about the unpaved dirt and ramshackle huts making up her town), while Black Girl riffs on the techniques of the much-celebrated (certainly by the self-satisfied French intelligentsia) emerging French New Wave, director Sembène’s film ends up far more a powerful and scathing indictment, than it does homage, to that early hipster movement, revealing France (and, by extension, white Europe) as horrible opportunists, exploiters of post-colonial Africa. 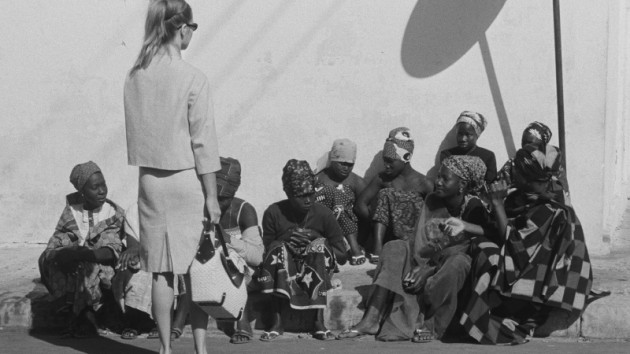 I mean, I don’t think I’ve seen a film as uncompromising in its portrayal of the open racism of the bourgeois French since I sat in stunned silence at the brutal stream-of-vitriolic-consciousness gut-punch known as Gaspar Noé’s feature film debut, Seul Contre Tous (thinking on it, that would be one powerful double feature). While the filmmakers behind the French New Wave prided themselves as members of a ‘political movement’ (an attack on the big-money American film establishment), in retrospect, that notion seems comically self-serving against a film like Black Girl, which stands the time as a far more genuine political polemic. The moment of the Monsieur (with the lack of names for her rich white handlers making a claim of them as universal figures that much more trenchant), completely befuddled as to why their servant girl has grown despondent and unresponsive, trying to offer her modest pay up front as an attempted salve, becomes a powerful representation of France and Europe manipulating through meager gestures of (the promise of) capital as enticements for their plunderings. 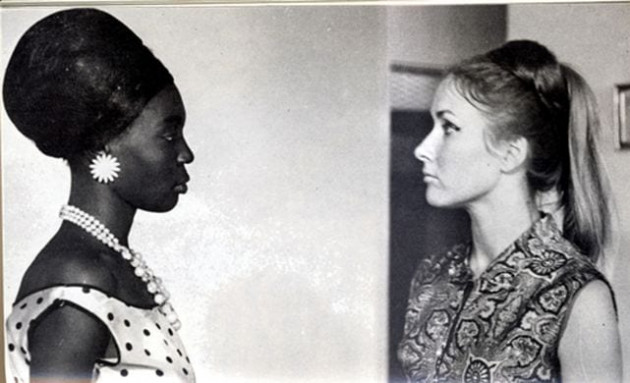 I guess if there is a qualm with the movie, it’s the lack of escape (or future posited) for our newly ‘liberated’ (in the sense of Senegal having gained independence in 1960) female. While Sembène explicitly demands a rejection of the West’s capitalist values (displayed in the film by having the African tribal mask the initially grateful Diouana gives to the Madame returned to her Senegal village, worn again by a young African boy, and the easily-intimidated Monsieur chased from the village), he offers only death for Diouana, rather than any kind of new liberation. However, that can be somewhat forgiven, considering this is at least a first film revealing the problems of a post-colonial sub-Saharan African landscape struggling to both evolve, and retain, its identity against a massively vulture-like capitalist Europe, so it can be commended for at least being the first to address the issues… and the fact that it does it so powerfully makes it that much praiseworthy.