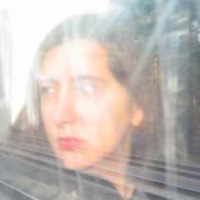 Roxanne Varzi is an Associate Professor of Anthropology at the University of California, Irvine. She was born in Iran to an American mother and Iranian father and migrated with her family to the U.S shortly after the Iranian Revolution in 1979. Dr. Varzi first returned to Iran in 1991 while on a year abroad at the American University in Cairo. When she graduated from the American University in Washington D.C in 1993, she returned to Iran for a year to live with her uncle’s family in Tehran. In 1995 she began graduate school in Persian Literature before deciding to study Anthropology at Columbia University in New York City. In 2000 she was awarded the first Fullbright for research in Iran since the Iranian Revolution. She completed her PhD in 2002 and was awarded a two year Woodrow Wilson fellowship that gave her a post-doctoral teaching and research fellowship at New York University’s International Center for Advanced Studies. In 2005 Dr. Varzi became the youngest senior Iranian visiting Fellow to St Antony’s College, Oxford University in the United Kingdom and was at the same time a member of the faculty of Anthropology at the School of Oriental and African Studies, University of London. Her publications include Warring Souls: Youth, Media, and Martyrdom in Post-Revolution Iran (Duke University Press, 2006). Her first film, Plastic flowers Never Die, an experimental documentary about mourning the Iran-Iraq war was completed in 2009 and is distributed through DER.org. In 2008 she was a fellow of the Wissenschaftskolleg zu Berlin, (Institute for Advanced Sciences/Studies) and guest fellow also at the Zentrum für Literatur- und Kulturforschung (Center for Culture and Literature) where she began work on another book project about theater, art and performance from Iran in Berlin. She is also a writer of popular essays and fiction.