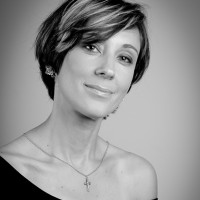 Elena Rodina (artist name El Earthbourne) is a Russian-American theater and film director/writer. Originally trained as an architect in Russia (Ph.D., 1998, St. Petersburg State University of Architecture) and in Japan (Waseda University, 1999-2000). From 2006 devoted her life to theater and film directing/writing/analyzing. Studied theater and film science/directing in Berlin, Germany (The Akademie and Freie University of Berlin, 2008-2011). Currently lives in New York City and holds the post of the Director of the Literature and Art house Program for the Pushkin Society in America. Other articles by Rodina include The Fractal Dimension of Tokyo Streets. For more info on Elena Rodina.