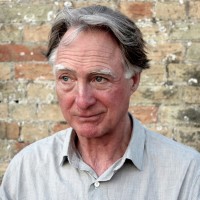 Colin Browne is a writer, filmmaker, film historian and, until recently, a professor in the Film program in the Simon Fraser University School for the Contemporary Arts. He was a co-founder of the Praxis Centre for Screenwriters and the Art of Documentary workshops, and is currently involved in preservation and restoration initiatives regarding archival media with the Audio-Visual Heritage Association of British Columbia (AVBC). His catalogue of motion pictures produced in British Columbia prior to 1941 was the first in Canada to establish an annotated regional history and inventory of early film production in a province or region. His documentary films, produced for the NFB, the CBC and independently, include Linton Garner: I Never Said Goodbye, Father and Son and White Lake, which was nominated for a Genie award as Best Feature Length Documentary. His most recent book, The Properties (2012), was nominated for the Dorothy Livesay Poetry Prize. He serves on the boards of Creative BC and the Vancouver International Film Festival and is working on a project that explores the history and legacy of the Surrealist engagement with Northwest coast and Alaskan ceremonial art.